* In case of any delay in receiving the OTP, you may verify it later. Please proceed without verification.

Enter your City name or Pincode

Garulia is a town belonging to Barrackpore division of North 24 Parganas district in West Bengal, India. It is a municipality of Naopara Police Stations and comes under the region of Kolkata Metropolitan Development Authority. As a municipality, it has been divided into a total of 20 wards. There are many temples and mosques situated in the city. Sitla Mandir is the one of the ancient temples and sacred Murli Manohar Mandir is also located in Garulia Bazar. Below, we are going to provide you with all the important information of the location of Garulia and services provided there. 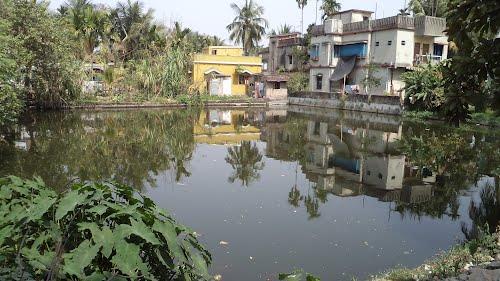 Garulia is located at 22.82°N 88.37°E at an average height of 13 m. The town experiences cool winds in the chilly months of winter and heavy rainfall in the hot summer. Out of the existing population 65% are Bengalis and 35% are Bangladeshis. It covers the land area of 6.475 square km. The town also provides a commuter boat service for the inhabitants which is mainly available from 4 am to 12 am mid night. These ferry boat services are provided at two ghats mainly, Babughat and Kangalighat.

Coming to the health facilities such as hospitals, nursing homes, etc. the administrative health department at Garulia has only been able to provide the residents with a few numbers of nursing homes. The town, being a part of North 24 Parganas district has been facing various health problems due to the arsenic contaminated ground water supply. The municipal corporation has been working hard to solve the infected groundwater problem as soon as possible and provide the locals with clean and hygienic water. Presently, there are only two nursing homes in the city having ambulance services for the locals.

Garulia, being home to some cotton and jute industries as well as other small businesses, have a self sufficient banking status for its populace. There are a total of three banks in the city, which cater to finance and investment needs of all the businesses setup in the town. These banks provide loan for small businesses at very less rates of return. Also, the locals put their savings in the accounts they have opened at these banks. Thus, these few but important bank branches are responsible for the decreasing number of money lenders as now people can take credit from these at safe and affordable rates.

Safety and Security in Garulia

Garulia is not very well connected to the nearby cities by the major means of transport. The closest railway station to Garulia is Hooghly situated at 3.7 km from Garulia. The closest airport is found to be Kolkata Airport located at a distance of 20 km. Any private bus or taxi service can be hired from the nearby cities of Kolkata, Shyamnagar or Hooghly to reach Garulia easily. For international travelers, the Kolkata Airport is available for all the domestic and international flights.


Comments / Discussion Board - About Garulia